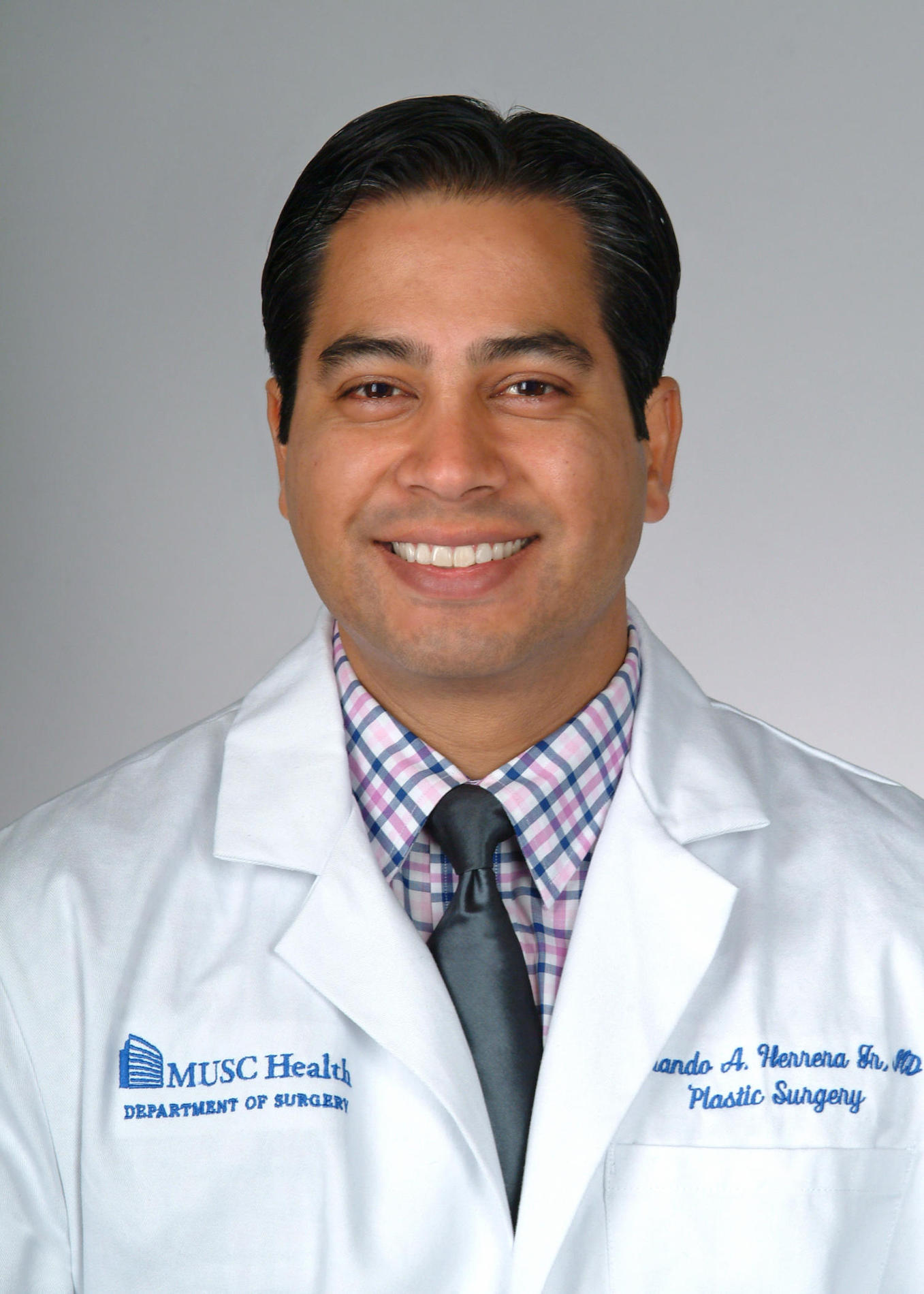 Dr. Fernando A. Herrera Jr. obtained his undergraduate degree from the University of Kansas before moving east to attend medical school at Boston University in Massachusetts. After completing his medical school education in 2003, he then moved west to California where he completed general surgery residency at the University of California, San Diego. He then remained in California completing his orthopedic hand surgery fellowship, as well as completing a residency in plastic & reconstructive surgery at the University of California, Los Angeles David Geffen School of Medicine. After completing his training in 2012, he accepted a position at Medical University of South Carolina where he is currently an associate professor in the division of plastic and reconstructive surgery. Dr. Herrera practices cosmetic, general plastic and reconstructive surgery, hand, and upper extremity surgery. He treats all conditions of the hand and wrist including arthritis,In addition, Dr. Herrera performs breast surgery and all cosmetic procedures from face lift to liposuction, as well as injectables of the face (Botox and fillers). He has authored several book chapters and published over 40 articles in peer-reviewed journals. He has presented at numerous local, national, Dr. Herrera serves on several national society committees including the American Society for Surgery for the Hand, Adrian E Flatt Resident and Fellows conference committee, and American Society of Plastic Surgeons PSEN Editorial committee, hand section assistant editor. Dr Herrera is also a reviewer for the Journal of Hand Surgery, and HAND.

Board Certifications: Plastic Surgery, Surgery of the Hand
Academic Profile