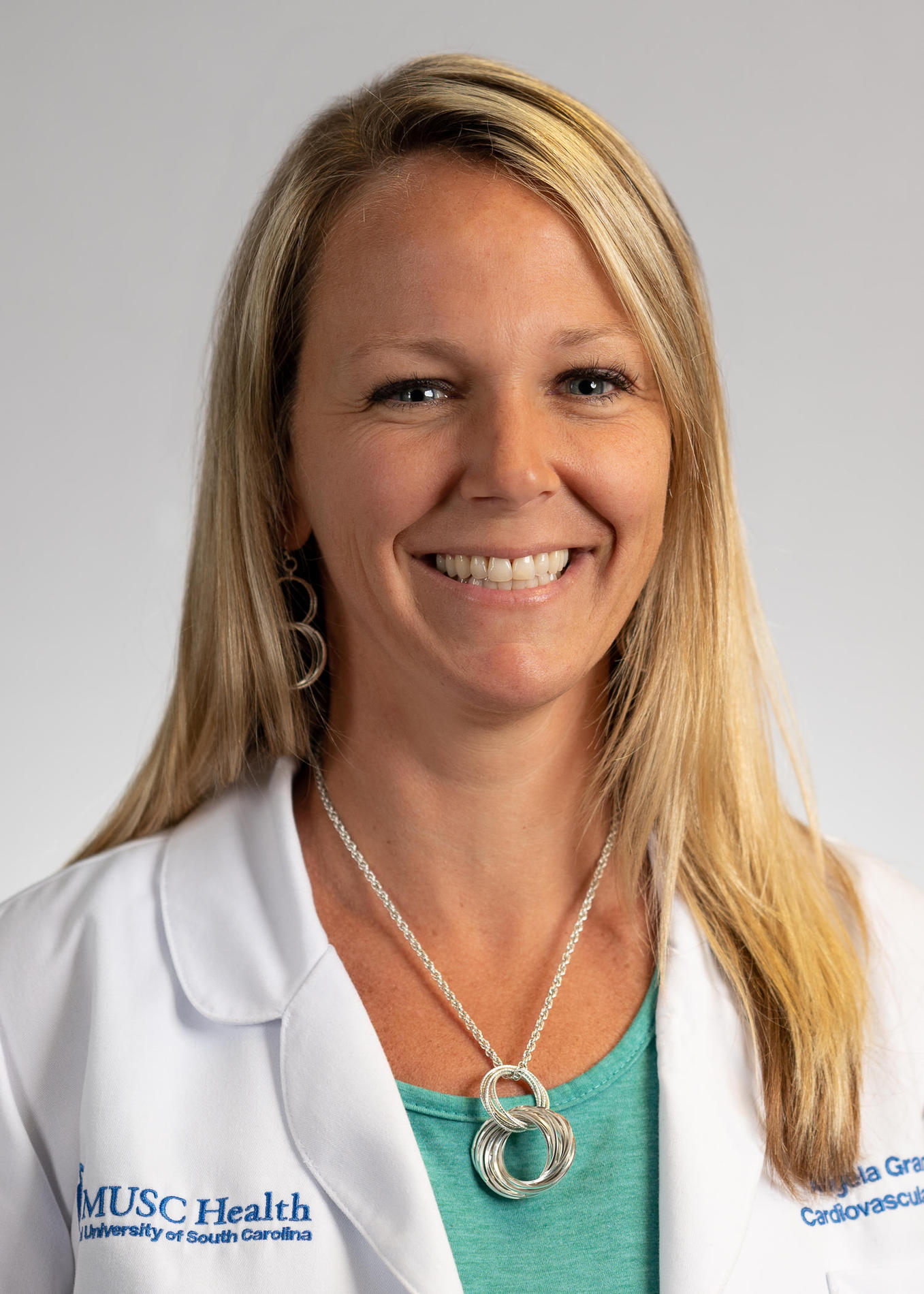 Angela Grant is a nurse practitioner who specializes in cardiology at MUSC Health Heart and Vascular in Columbia, SC. Angela graduated from Aultman College of Nursing in Canton, Ohio in 2009. She then began her career in the cardiac care unit, caring for patients in the cardiac ICU and stepdown. Furthering her career, she obtained a Master of Science in Nursing at Walden University. Angela is certified through the American Association of Nurse Practitioner (AANP).

Prior to nursing, Angela served in the United States Marine Corps for four years. There she met her husband and together they have two boys. She loves to travel and spend time with her family.