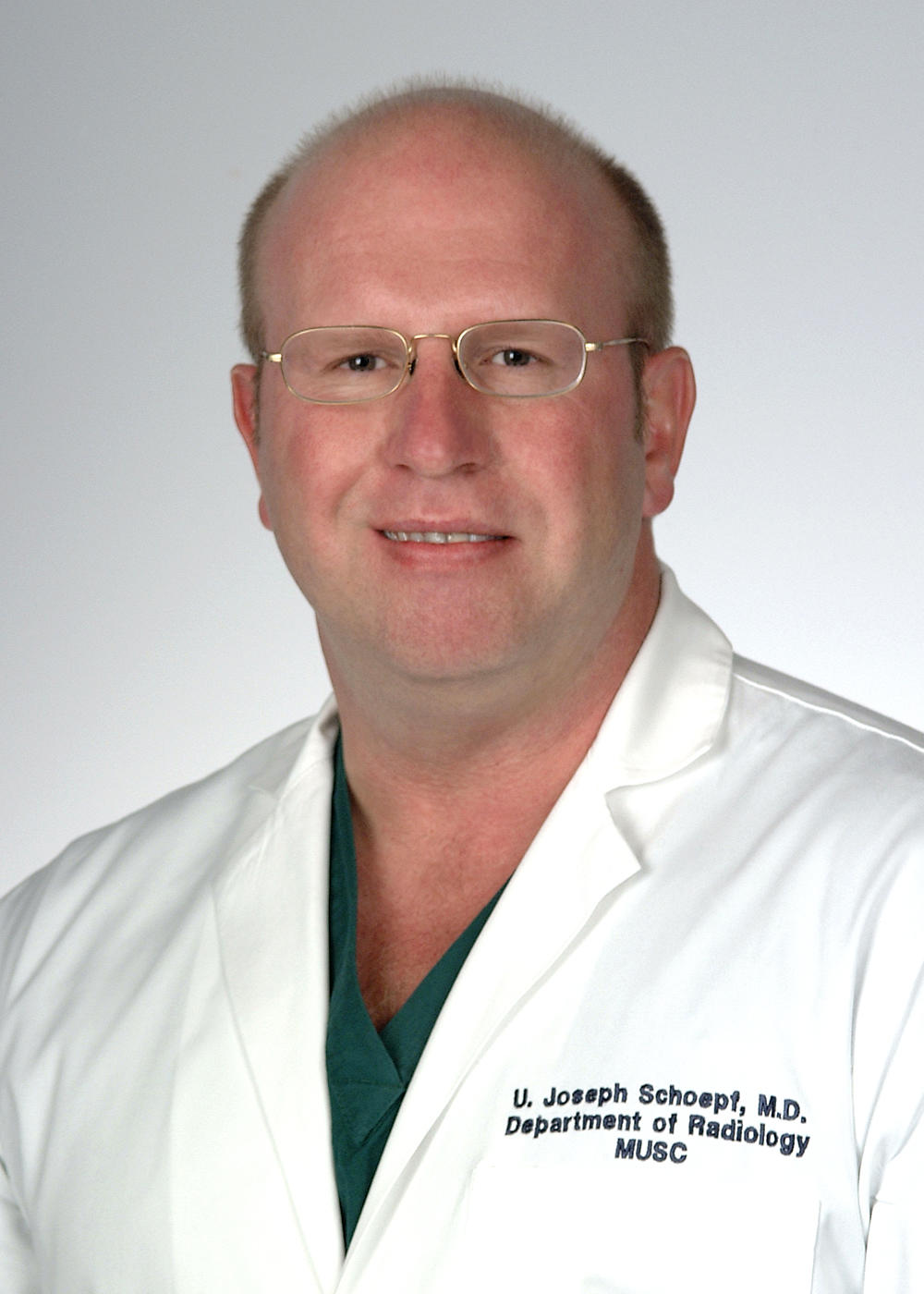 Joe Schoepf, M.D. FACR, FAHA, FNASCI, FSCBT-MR, FSCCT, is a professor with appointments in radiology, cardiovascular medicine, and pediatrics at the Medical University of South Carolina (MUSC) in Charleston, South Carolina. At MUSC, Dr. Schoepf serves as the director of the division of cardiovascular imaging, director of computed tomography research, and as a director of the university-designated Center for Biomedical Imaging. ,Dr. Schoepf, a native of Austria, graduated from the medical school of the University of Munich, Germany. After his residency he assumed a position at Brigham and Women's Hospital,Dr. Schoepf has been serving on the editorial boards of several scientific journals including Radiology, the Journal of the American Heart Association, the American Journal of Roentgenology, and Academic Radiology. He is deputy editor of the Journal of Thoracic Imaging,Dr. Schoepf has been serving as chairman of several committees of the ACR and other professional societies. He is an honorary member of the Hungarian Radiology Society and of the Soci&et&e Canadienne-Fran&caise de Radiologie and received Honorary Professorship from Nanjing University, China.Dr. Schoepf has been named among the top 10 cardiovascular imagers worldwide by Medical Imaging Magazine. He has been listed among the Best Doctors in America& and was ranked as Most Influential in Radiology by RT Image Magazine. In 2013 he was selected as the &"Most Influential Radiology Researcher&" by AuntMinnie.com.Dr. Schoepf receives research support from and is a consultant for various manufacturers of medical imaging products, including Astellas, Bayer, Bracco