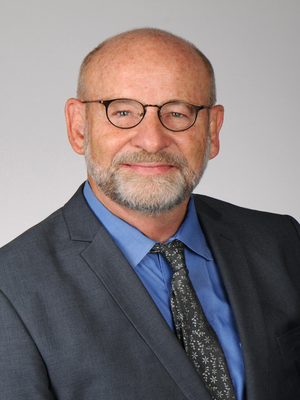 Robert J. Adams, MS, M.D. formerly the presidential distinguished chair, regents professor of neurology, and co-director of the cerebrovascular section in the Department of Neurology at the Medical College of Georgia in Augusta, Georgia, moved to MUSC in 2007 and assumed the titles of university eminent scholar, professor of neuroscience and director of the South Carolina Center for Economic Excellence in Stroke. Dr. Adams is certified by the American Board of Psychiatry and Neurology (diplomate) and the National Board of Medical Examiners. Dr. Adams received his Bachelor of Science in electrical engineering from St. Louis University and his medical degree from the University of Arkansas for Medical Sciences. He also has an MS degree in engineering design and economic evaluation from the University of Colorado at Boulder. He completed an internship at the University of Arkansas for Medical Sciences in Little Rock, and neurology residency in the Department of Neurology at the Medical College of Georgia in Augusta. Dr. Adams is an active member of numerous professional societies, including the American Academy of Neurology, the American Medical Association, the American Heart Association (AHA), the American Stroke Association, the American Neurological Association, and the American Society of Hematology. He is the past chair of the stroke council leadership committee, and past chair of the American Stroke Association stroke advisory committee. He is a past member of the board of directors of the AHA. His extensive research experience includes four NIH investigator-initiated grants. He co-designed and directed two multi-center clinical trials, STOP and STOP II, which were the first randomized clinical trials of stroke prevention in sickle cell disease and in any childhood stroke condition. Dr. Adams has published more than 60 peer-reviewed articles, including three original publications in the New England Journal of Medicine, and numerous book chapters and reviews, and has participated in guideline and scientific statement development on various aspects of stroke management through the AHA/American Stroke Association, the American Academy of Neurology and National Heart Lung and Blood Institute. His primary research activities are in stroke prevention and novel delivery programs of stroke care. Dr. Adams received the Outstanding Young Faculty Award in Clinical Sciences, Medical College of Georgia, May 1990; the Distinguished Faculty Award for Clinical Sciences, Medical College of Georgia School of Medicine, May 1996; the Distinguished Alumnus Award, University of Arkansas Medical Sciences, June 2001; Distinguished Faculty Award for Clinical Sciences, from the faculty senate of the School of Medicine, Medical College of Georgia, 2005; the Distinguished Service Award for chairing the American Stroke Association stroke advisory committee, 2004 to 2005; and the Presidential Lectureship of the American Academy of Neurology, San Diego, California April 3, 2006. He was given the Award of Meritorious Achievement from the American Heart Association in Washington D.C. on April 9,2006, for his leadership at the national level in the development and oversight of the JCAHO Primary Stroke Center certification program. Dr. Adams has been recognized several times as one of America’s Top Doctors. He is co-founder of REACH Call Inc. a corporation that provides system equipment, software and decision support for urgent specialist consultations for stroke and other emergency conditions via the internet. He serves also as chief medical consultant for this company which brings expert experience to remote sites to assist in emergency evaluation and treatment of acute stroke.