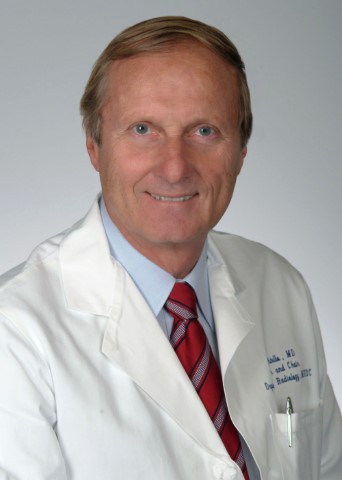 Following medical school and house physician positions at Westminster Medical School, London, England, Dr. Costello began his North American career in radiology at the University of Toronto, Ontario, Canada. He is board certified in radiology and nuclear medicine, practicing for many years at the New England Deaconess Hospital in Boston. Dr. Costello was director of computed tomography and thoracic imaging at the Deaconess Hospital until 1996. During this time he became nationally and internationally known for his research on computed tomography of the body. He established a revolutionary CT research program which pioneered the introduction of this new technology into clinical practice. In 1996 Dr. Costello was recruited to join the leadership of Queen Elizabeth Hospital in Adelaide, South Australia as director of diagnostic radiology, where over a three year period he successfully reorganized the hospital’s program. In 1999 Dr. Costello returned to Harvard Medical School as chief of thoracic imaging at Brigham and Women’s Hospital, where he was appointed professor of radiology. He joined MUSC in 2004 as professor and chairman of radiology. His clinical research endeavors have focused on cardio-pulmonary imaging. MUSC Radiology has become both nationally and internationally recognized as a strong academic program.