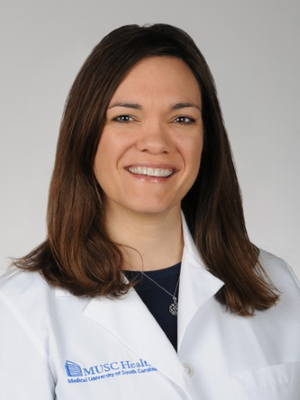 Dr. Lisa R. Bystry joined MUSC Women's Health as an obstetrician gynecologist in early 2020. Dr. Bystry received her undergraduate degree from Virginia Wesleyan College where she studied both Biology and Spanish and spending over 6 months in South America. She then earned her medical degree from Ross University School of Medicine and completed her residency training at Danbury Hospital in Connecticut. Subsequently she studied gynecology oncology for one year at Emory University where she heightened her skills in laparoscopy and Robotics surgery as well as a strong proficiency in treating cervical and vulvar disease, postmenopausal bleeding, non hormonal treatments of menopause. She is board certified in obstetrics and gynecology and practices a full spectrum of general obstetrics and gynecological needs. Some of her other special interests include minimally invasive surgery, fibroid removal, contraception, obstetrics and lactation support. She is fluent in Spanish.