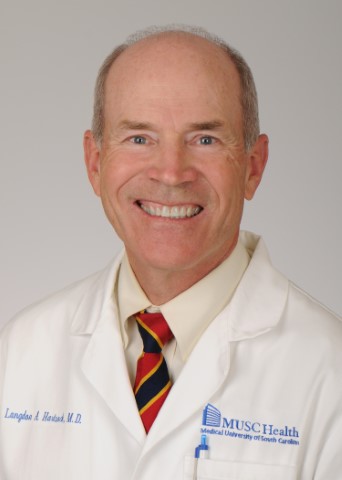 Dr. Langdon Hartsock received his undergraduate degree from Davidson College and his medical degree from Duke University. He completed his residency in orthopaedic surgery at Duke University with two years training in the Department of Surgery's Division of General and Thoracic Surgery and four years training in the Division of Orthopaedic Surgery. He also completed a fellowship at the R. Adams Cowley Shock Trauma Center in Baltimore, Maryland and has trained directly with Drs. Joel Matta, Peter Matter, Harold Tscherne, and Emile Letournel, all renowned orthopaedic trauma surgeons.

Dr. Hartsock is a board-certified orthopaedic surgeon. He has been at MUSC for over 20 years and currently directs the orthopaedic trauma service for the Department.

Dr. Hartsock is internationally known for his expertise in trauma and frequently teaches surgical techniques at national conferences and at other universities. Dr. Hartsock served in the United States Naval Reserve, and he holds an Honorable Discharge at the rank of Lieutenant Commander, Medical Corps. Prior to joining the faculty in the Department of Orthopaedic Surgery at the Medical University of South Carolina, he was on faculty at the University of South Alabama. He became an associate professor in 2000. He was the chairman of orthopaedic surgery at the Medical University of South Carolina from 2000 to 2013. Dr. Hartsock was promoted to professor in 2005 and was the inaugural holder of the John A. Siegling, M.D. chair in orthopaedic surgery from 2006 to 2013. He has received the Order of the Silver Crescent from former South Carolina Governor, Nikki Haley.