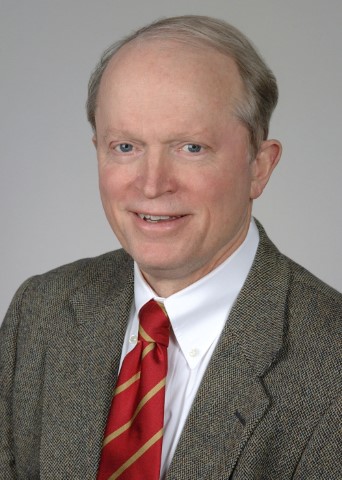 Dr. Joseph Cantey grew up in Marion, South Carolina. He received a BS degree from Wofford College in 1963, graduating magna cum laude. He was also elected to Phi Beta Kappa as a result of his academic performance at Wofford. He graduated from the Medical University of South Carolina in 1966, and was elected to Alpha Omega Alpha, during his junior year of medical school.Dr. Cantey's three-year internal medicine training and two-year infectious diseases fellowship was completed at Emory University School of Medicine in Atlanta. He completed the EIS (Epidemiologic Intelligence Service) epidemiology and statistics course at the Centers for Disease Control (CDC) as part of his infectious diseases fellowship. His five years of post-doctoral training was completed in 1973. Dr. Cantey’s post-doctoral training was interrupted for two years in 1968 by a year in Vietnam and a year in Tacoma, Washington, courtesy of the U.S. Army. He left active duty with the rank of major, but was active in the Army Reserves for a number of years, and was called to active duty in support of Desert Storm in 1990. He ended his Army Reserve service as a colonel in the army medical core.Dr. Cantey joined the MUSC faculty in 1973, rising to the rank of professor in 1983. He was named director of infectious diseases in 1992 and remained in that position until July 2008.Dr. Cantey is board certified in internal medicine and infectious diseases. He is a fellow in the Infectious Diseases Society of America, and the American College of Physicians. He has been named by his peers in South Carolina to the Best Doctors in America database since the year 2000.Beginning with his CDC EIS course, Dr. Cantey developed an interest in hospital epidemiology. He served as VA Hospital epidemiologist from 1977 to 1988, and from 1990 to 1991. He served as the Medical University of South Carolina Hospital epidemiologist from 2000 to 2006.With the advent of the HIV/AIDS epidemic, Dr. Cantey moved to establish a clinic supported by the federally funded Ryan White grant in support of HIV-infected patients at MUSC. An infectious diseases inpatient service was also developed to provide caring and efficient care for the HIV-infected patient. Treatment of the complications of HIV infection during the early days of the epidemic required long term intravenous therapies. No one wanted to provide support for placement of central venous lines in the HIV population at that time. The risk to the health care worker was not clearly understood. To service this population, Dr. Cantey established in 1992 what, at that time, was a unique and innovative service, the placement of peripherally inserted central catheters (piccs). The ID PXC service continues to this day. Dr. Cantey is currently the medical director for vascular access and provides medical supervision for the nurse picc placement team.Research in infectious diseases is a driving force for Dr. Cantey. His basic research in Escherichia coli diarrhea pathogenesis was based at the VA Medical Center from 1973 to 2000. His published studies resulted in his being named to membership in the prestigious American Society of Clinical Investigation in 1984. He broadened the scope of his research by a sabbatical in molecular pathogenesis in the Department of Microbiology at the University of Washington in Seattle from 1987 to 1988. His current research interest is in hospital infections.On the national level, Dr. Cantey served on study sections for the review of research proposals for the Veterans Administration, and to a lesser extent, for the National Institutes of Health (NIH). He served on the Journal of Infectious Diseases editorial board for two years (1984 to 1985), and more recently the American Journal of Medical Sciences editorial board (2006 to 2010). He served as president of the South Carolina Infectious Diseases Society in 1995, and president of the Musculoskeletal Infections Society in 2005.Dr. Cantey stepped down as division director in 2000 but continues to be active in the outpatient clinic, on consult rounds, clinical research, placing piccs, and serving MUSC Health as medical director for vascular access.