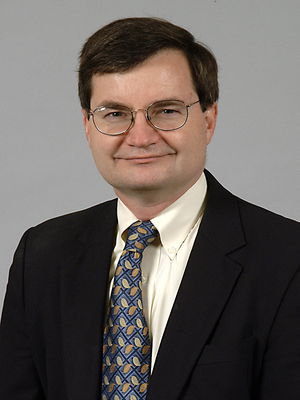 John Marcus Wharton, M.D. is professor of medicine with tenure at the Medical University of South Carolina in Charleston, South Carolina. Dr. Wharton received his M.D. from Vanderbilt University School of Medicine in Nashville, Tennessee, and completed an internship and residency at the University of California at San Francisco. He then completed his cardiology fellowship at Duke University Medical Center in Durham, North Carolina, and subsequently served as assistant professor of medicine, director of clinical cardiac electrophysiology, and associate professor of medicine with tenure there. Among his many awards and honors are the Albert Weinstein Prize in Medicine and the North American Society of Pacing and Electrophysiology (NASPE) Young Investigator Award.

Dr. Wharton has published articles and abstracts in many journals, including the Journal of the American College of Cardiology, Pacing and Clinical Electrophysiology, and Circulation. He currently serves on the editorial board of EP Lab Digest, Clinical Cardiology, and the American Heart Journal. Dr. Wharton is a member of several scientific advisory committees, including the medical advisory panel at Boston Scientific, council of advisors at Medtronics, Inc. medical advisory board at Transurgical, Inc. and scientific committee of the European Society of Cardiology. He is also a member of several scholarly societies such as the Council of Clinical Cardiology, Cardiac Electrophysiology Society, and NASPE. Dr. Wharton serves on many educational committees including the NASPE training and fellowship committee, the NASPE task force of FDA atrial fibrillation ablation, and the American College of Chest Physicians panel on the management of atrial fibrillation in post-CABG patients. His primary research interests are aimed at catheter ablation of atrial fibrillation as well as other arrhythmias; he has lectured internationally on these topics.