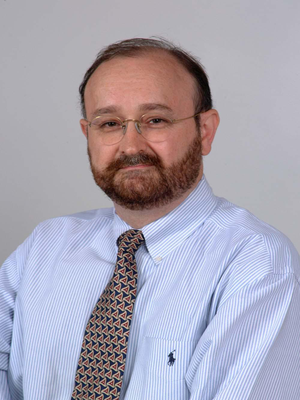 Istvan Takacs, M.D. is an Associate Professor of Neurosurgery and Director of the Functional and Stereotactic Surgery Program, and Director of the Gamma Knife Center at MUSC. He earned his M.D. from the University of Lund, Sweden, entered Neurosurgery residency training at the Karolinska Hospital in Stockholm, Sweden, followed by fellowships at the University of Toronto in Pediatric Neurosurgery and at the University of Arizona in Functional and Stereotactic Neurosurgery. Dr. Takacs' research focus has been on cortical and deep brain stimulation for psychiatric indications and movement disorders. He has also been involved in stem cell therapy research for Alzheimer's disease, stroke, and traumatic brain injury. His clinical focus is on surgical treatment of Parkinson's disease, essential tremor, dystonia, and pain and stereotactic radiosurgery for intracranial tumors, vascular malformations, trigeminal neuralgia and essential tremor.