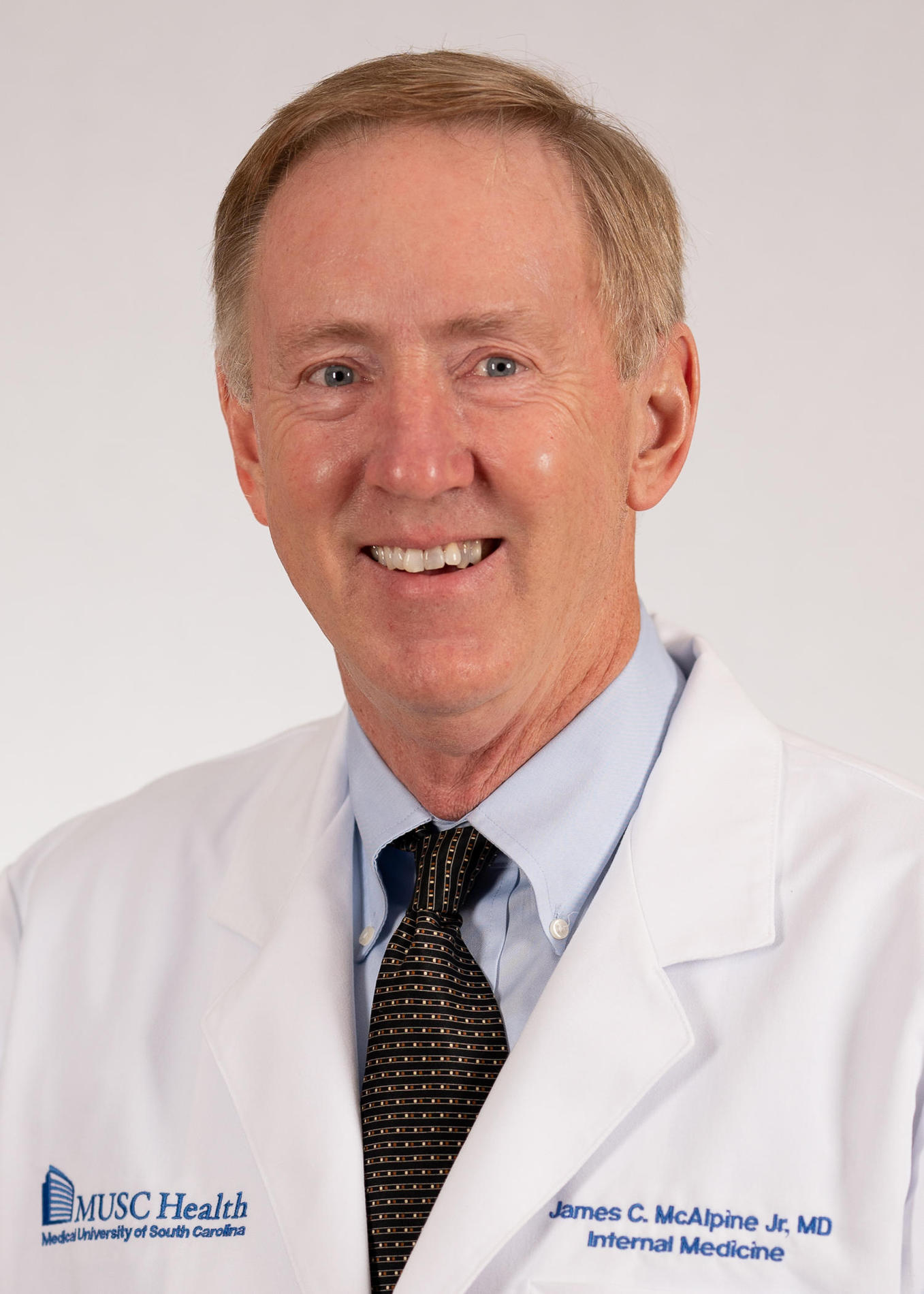 James McAlpine, M.D. was born and raised in Bennettsville, SC. He attended Clemson University and graduated with highest honor in Microbiology in 1978. Dr. McAlpine began his career as a microbiologist at Scotland Memorial Hospital until he decided that he wanted to be a doctor. He earned his medical degree from the Medical University of South Carolina College of Medicine in 1983.

Dr. McAlpine completed an internal medicine internship and residency at MUSC in 1986. Since then, he has been practicing internal medicine in Kershaw County, SC. Throughout his career he has served as Chairman of the Department Medicine, as Chief of Staff, on the hospital board for 6 years, and was CEO of Sentinel Health Partners for 5 years.

Dr. McAlpine is married with three children, all of whom attended Camden High School and graduated from Clemson University.