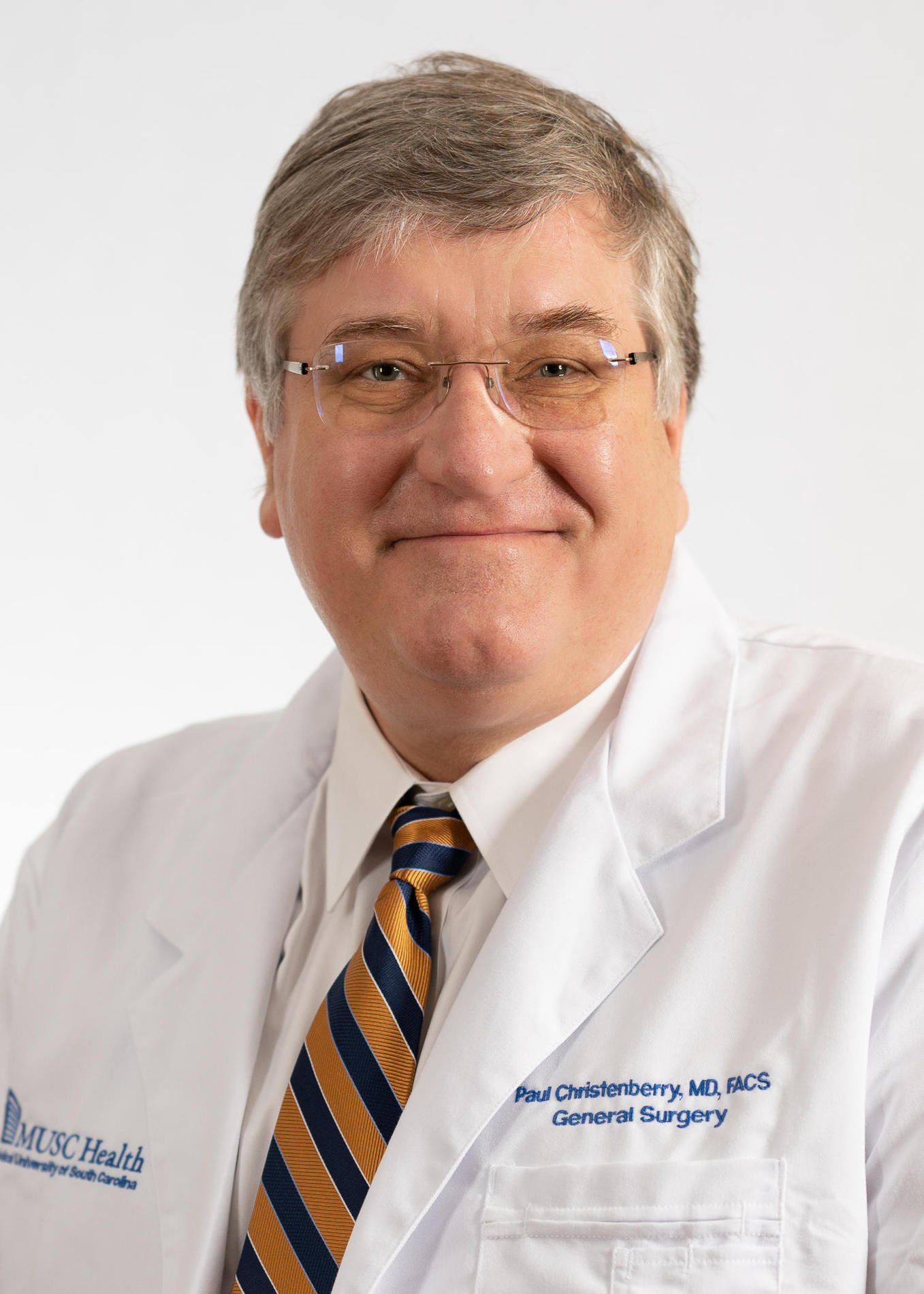 David Paul Christenberry, M.D. is a board-certified general & acute care surgeon. After earning his undergraduate degree from Auburn University in 1979, Dr. Christenberry attended the University of Southern Alabama where he earned his BS degree in Medical Technology in 1980. He then earned his medical degree at the University of South Alabama College of Medicine where he was a member of the Medical Honorary Society and awarded the C.V. Mosby Scholarship Award and the William Frank Cope III Scholarship Award for his leadership and academic performance.

Dr. Christenberry completed his internship and residency at the University of South Alabama Medical Center. He completed a NIH fellowship in Burns and Trauma at the University of South Alabama College of Medicine and a fellowship in vascular surgery at Carolinas Medical Center, Sanger Clinic. Dr. Christenberry has been associated with the American College of Surgeons since 1995 and a member of the Society of Vascular Surgery since 2003.